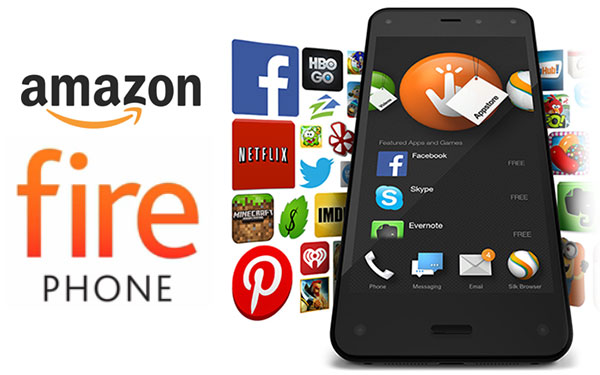 Will the Amazon Fire Burn Out?

The smartphone market was virtually non-existent just seven years ago, is already one of the tech world’s largest source of income, competition, and, inevitably, failures.

Remember Nokia? Once the world’s most successful cell phone company, it simply could not keep up with the new wave of phones hitting stores, despite ample time and money spent on research and development.

The success of the smartphone market has enticed several tech companies to venture into the cell phone business, most notably Apple. Amazon is the giant’s newest competitor. Introducing the Amazon Fire, a smartphone that aims to give customers access to the Amazon world of products and services. The question is, in a market inundated with competitors, is this new arrival relevant? Fueled wanted to take a closer look.
The Amazon Fire was expected to hit the market with a low starting price, but last week’s announcement offered price tags of $200 and $300 for 32GB and 64GB models, respectively. And, there’s a catch – a minimum two-year contract with AT&T. This already has some potential customers irked, and it’s easy to see why. Switching plans is a hassle, to say the least, and unless the product is spectacular, it’s likely that many people simply won’t take the bait.
However, Amazon CEO Jeff Bezos thinks that the Fire Phone’s features set it apart from any smartphone in the market. And, there’s the incentive of a free one-year membership in Amazon Prime, an expanded service that includes free 2-day shipping and unlimited video streaming.
The first thing that catches your eye is the display. It’s been given the catchy (kitschy?) name of ‘Dynamic Display,’ and dynamic it certainly is. It approaches 3-D in high definition, and you can navigate between screens by tipping the device. Another huge innovation, perhaps the most convenient and central to the creation of the phone, is the Firefly app. When this is in use, you can point the camera at any item and within seconds, you’ll be directed to the appropriate Amazon website, where you can buy or stream instantly.
However, critics far and wide downplay even these features. Some note that the Dynamic Display will likely get cumbersome after a few days of use, as simple functions are best kept simple. Furthermore, there’s the rather glaring issue faced by the Firefly feature: it’s not unique to the phone. There are already apps on Apple’s phone that offer the same product.
The criticism doesn’t stop there, either. The Amazon Fire runs on an Android system, but it’s highly modified to the point that Google, the leviathan behind Android, won’t allow Fire users to access the Google Play store, where Android apps are found. This means that, at least for now, the choices are few and far between.
Amazon’s executives are confident that developers will create apps to take advantage of the new market, but it’s unclear that there will be a market without the apps-it’s a circular situation, one that rarely works out. It seems as though, at least in this case, Amazon has pushed its luck a bit too far. Only time will tell for sure.