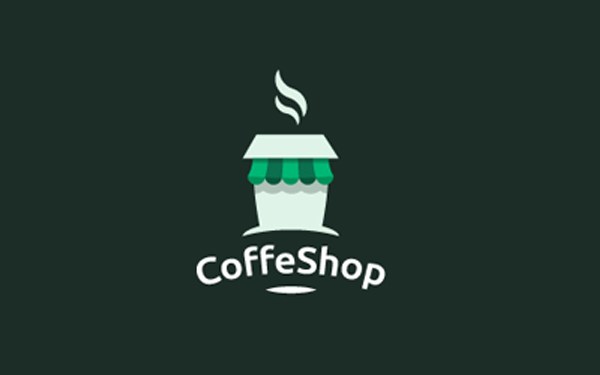 Companies choose a name for their business very early on, but they don’t do the same thing for logos or other important elements that help define the business endeavor as a whole.

Collecting all the accolades

There are many companies that have started something big but only afterwards taken the time to design a company logo and define an emblem for what they stand for. This has proven to act in their detriment as their initial successes could not be identified with what later on became the company image. While a quick search would easily show that a company is responsible for a certain product or service, the first instant and what potential customers think in it are what really count. That initial opinion, even if unfinished, counts more towards their final decision that a following more in depth investigation.

A company name is needed for legal documents and a way for people to identify the respective company. However, many companies have different names for what they share with the public and what they used in official business meetings and documents. What this means is that the name is not the most important thing. A logo is a company’s way of communicating directly with the public. It is the image that is worth a thousand words, and it’s what resonates with people that you sway to approach your business. Not having a logo is like not having a face in the business world, at least not in the eyes of the public which plays the biggest role in the entire affair.

Tapping into the subconscious

Many things happen without people consciously reacting to them. But that being said, they react nonetheless. Colors and shapes in combination with a name can provide a powerful incentive to remember a business. There are famous brands in the world that are defined by their logos and by the colors they use. Usually a combination of two or three colors at most, logos make people subconsciously think about that brand when they see that combination of colors or similar shapes. This will entice people to give the business attention and to inquire more about the offers, deals, merchandise or services that they can get from said company.

Taking these things into consideration it is obvious that every company needs a powerful logo right from the beginning so that everything it achieves can be correctly noted and acknowledged later on, but also to gain a voice that can speak with the consumer directly and profoundly.

So taking all that into account, what is it that makes a good logo?

How can you tell an absolutely fantastic logo from one that is barely worth looking at? There are in fact many tells that give these things away and keeping a close eye on these details will help you create a logo that is not only of great quality but also of great meaning to one particular company. So let’s take a look at what a company logo needs in order to succeed, based on what has been done so far, what works and what is not seen in a positive light.

This type of logo has succeeded in the past and is going to continue to be appreciated in the future. The double meaning logo it based on the principle that you take two images and combine them into one piece of concept art. Depending on how you look at said piece, you can see one image or the other which makes for a really cool and clever effect. This type of logo shows that a company is creative and diverse, and is really appreciated throughout the designer communities for catering to the witty.

Color plays an incredibly important role in the overall message that a logo is able to transmit. The same logo with or without its iconic colors might not be so memorable as it is today. Certain colors express certain things, and the way you combine these colors will determine what the logo will convey to its audience in association with the imagery pictured in the logo. This brings a certain color palette or scheme into the attention of the public as well, not just the imagery, as previously mentioned. Those colors then become just as recognizable as the logo itself.

Stay away from overused concepts

In time, there will always be some logo concepts that will be extremely popular. But keep in mind that these are just fads that will eventually fade away. The company for which the logo is meant should intend to last longer than a fad. This means that designing a logo should be a proves that steers clear of any overused concepts or blueprints.

Don’t be afraid to be unique

Tying in with what was mentioned above; many designers take inspiration from other logos. It’s about using what works, and that’s understandable up to a certain point. However, it’s very important to maintain uniqueness and to make sure that whoever sees a logo can immediately associate with the brand it represents. By not being afraid to have a unique take on a company logo, you can create something so unique that people will haven o choice but to associate with the only company that has it.

Further going down the same string of ideas, keep in mind custom typing. This is another method through which a company can ensure its uniqueness as far as logos go. Custom typing is something that seems to have lasted through the aged, dating back to many years ago. It is something that even though represents a trend; each individual design can have its own unique takes on. This is probably what helps custom typing remain relevant and appealing.

The simpler, the better

Overly complicated designs for logos are another way to spell “failure”. While dumbing everything down isn’t an option either, it’s sometimes best to keep things as simple as possible. Stripping a logo idea down to the bare essentials might reveal a very fascinating and appealing design opportunity. There are many companies that have reached great heights with logos represented by nothing more than a simple shape and two contrasting colors (white element over a black background or black elements over a white background.

Negative space is an age old practice that is still popular to this day with many famous examples in mind. Negative space refers to utilizing the empty space between different elements of a design so that a third shape or element is created using the contrasting color of the background. For example, the space between two letters of a word can take the shape of a conceptual third element.

Deeper meaning behind each design

Implementing the greatest concepts and values into a logo, making it the perfect representative of all that is of high quality in the industry, those are all great things to achieve with a company logo. But they can only get you so far. There is a crucial difference between logos that just look cool and logos that attract people and have an allure behind them. A logo that will cater to the second category needs a deeper meaning behind it, and not just fancy play on word, or cool manipulation of space. By making the logo design convey the mission and beliefs of a company, you are imbuing it with the very core of the business.

That’s the kind of thing that people look at for more than just a moment. There are many famous companies that have logos with deep meaning many people don’t even know about. But for those that inquire or take a closer look, the truth is revealed. It’s also a pretty great feeling when you discover the hidden meaning behind a logo design, and it helps form a deeper connection with the brand that is donning that respective design.

We’ve gone through what are the necessities that bring forth the need of a company logo, and we’ve seen what is needed in order to produce something long lasting and memorable. The conclusion that can be drawn from all this is that every company speaks the loudest through its representative logo and symbols, as these are the elements that remain embedded most of the times in people’s minds. Creating a great logo isn’t an easy job but there are a lot of helpful pointers that can lead designers on the right path. Through the trials and errors of companies that have designed their logos prior, we are able to have a deeper understanding of what works and what doesn’t when it comes to conveying the company mission through imagery.