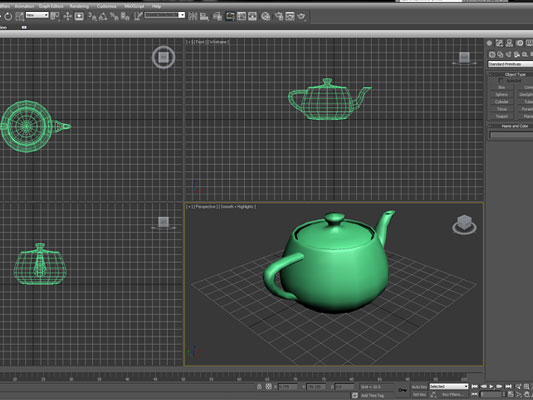 Over the last twenty years, proprietary solutions have emerged as the industry leaders in graphic and web designs.

The Adobe Creative Suite is dominant among them, and its formats are the de facto standard in many areas. Open source equivalent programs were long considered to be unsuitable for professional work due to a lack of support and important features, but that may finally be changing.

Photoshop is still the preferred tool for advanced photo manipulation, but it is losing ground to open source programs in other areas. The GIMP has been known to Linux users for years as a useful, multi-purpose alternative to Photoshop, and it is now spreading among Windows users with basic needs and no budget for a complete raster editing suite.

Paint.NET is a simpler graphics editing program based on the ubiquitous Microsoft Paint. It has emerged as a viable alternative for users with little training or training. Initially released as open source, it has since had portions of its code base closed due to plagiarism.

While Photoshop is still the dominant force in raster editing, vector editing is a rather more open playing field. Illustrator is second only to Photoshop in popularity among graphic designers; particularly those that deal with text rather than illustrations, but web designers with the need for a lightweight SVG editor will not find anything better than Inkscape.

The major problem with using Inkscape is that its interface does not follow the same conventions as Illustrator, and moving from one to the other is quite a steep learning curve. That said, it has developed into an excellent, professionally viable, open source alternative to commercial vector editors, and it should be the first choice of any designer who is looking for a well-supported program at no cost.

A commercial license for Photoshop costs a few hundred dollars, putting it within the budgets of individual designers and small businesses. Not so with 3D modeling software; standard tools such as Maya cost thousands. Free student versions exist, but they cannot be used in the classroom for teaching purposes.

The open source alternative, Blender, has grown in popularity among independent film makers and game designers, simply because it provides most of the same features at no cost and it has a strong community-driven support system. The 2008 release of ‘Big Buck Bunny’, a CG-animated short film produced in Blender, demonstrated that the program could be used to create professional material. To date, the greatest barrier preventing its widespread use is that it has an incredibly steep learning curve in comparison to other modeling programs.

Open source design tools have come a long way since their initial development. Although the very highest levels of professional design will probably always be restricted to expensive proprietary programs, free programs with a strong community base represent the best trade-off in terms of cost versus support for a huge market of small to medium businesses, freelance designers, and professionals whose primary focus is something other than design work. The growing popularity of these programs demonstrates a greater trend towards the use of open source software for business purposes, where it was not previously considered as a real alternative.