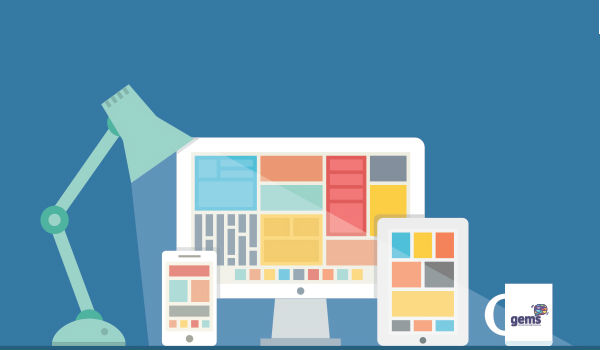 Regardless of the industry, design bears an important role in sales. And nowadays people are more and more educated in this aspect.

They know the difference between kitsch and tasteful style, elegance and vulgarity. In the end, modern individuals have the same strictness when it comes to the online environment, too.
But today, in the 21st century, desktop websites are not the only ones to take into consideration. Mobile apps have highly developed in a relatively short period of time. Furthermore, they have replaced some of the desktop activity. As a consequence, developers had to constantly improve those products and to come up with the specific design.
So let’s cut to the chase and note down the main differences between desktop web design and mobile app design. The comparison will be made depending on the aspects that determine these differences.

The issue’s obvious in here – on one hand we have big and even huge desktops, and on the other side there are mobile screens about 4 inches average.
So the design for desktop websites can incorporate more elements and features – menus, sidebars, buttons, widgets, and so on. Not to mention that this one also affords having bigger space for commercials.
Mobile app design has a limited space and this one must by all means include only the essential features. As a result, sidebars are out of question and commercials appear on a separate window, as pop-ups.
Of course, we are all familiar with bottom line ads, too. But honestly, they are really annoying and spoil the whole image.

2. Ways of Interacting With the Product

Mobile phones have touching systems and this leads to less precise movements and actions. As a direct consequence, designers must put together clear structures. Buttons must have a decent distance between them, as to allow users to easily select one or another.
And when we combine this rule with the one above, here’s the result – very limited space for buttons. Developers have come up with a solution – creating more dropping menus that incorporate more submenus and buttons.
As for the desktop version, the options are (almost) unlimited. High precision is ensured by the cursor and users can click on buttons as small as one tiny dot. So designs can be complex and detailed.

Desktops are connected via Wi-Fi or broadband. Either way, they benefit from high internet speed. Thus, there are no problems with loading high-resolution images, large texts or presentation videos.
At the other end of the stick, mobile apps don’t have this option. Sure, you can connect your smartphone to Wi-Fi, too. But the actual speed is slowed down by the system. We cannot compare mobile processors with the one installed on computers.
In this condition, designers must create light appearances. Big images, huge banners, automatic starting videos, large commercials and a big quantity of content – they all determine an unpleasant experience by slowing the loading or by blocking it for good.

Even if we scroll down the pages, desktop navigation is somehow horizontal. Things happen on the screen’s width. So the big battle is to occupy a 15-inch space by best distributing the features. This is made according to the human eyes’ visual field.
When we switch to the mobile screen, things change – the view is linear. The action happens vertically. In here, the challenge is to place the most important aspects as upper as possible. And this is because most users never scroll down till the very end of the page.
The idea is to have the buttons for the most often made activities in the superior area of the screen. Then, designers must give users the possibility to easily return to the top after deepening into the page.

And we are now referring to the content size, be it images, texts or videos. On a desktop, size is very easy to manage – users can zoom in or out as they need, with a simple shortcut. So from this point of view, designers don’t have much to worry about.
Of course, this does not mean that they can overreact and create a layout so loaded that it can only fitfully on the screen at 50% zoom out.
On mobile, things are more difficult. Users must use their fingers to zoom in or out and most of the time they accidentally select a button while doing this. So the best solution is to have a decent text size and as less additional features as possible around it.
Here’s a modern solution – add a simple + in the inferior corner of the screen and create several submenus for it. Elegant and efficient in the same time!

Have these aspects in mind when you decide to build a mobile version of your website or an app. closely collaborate with the designers and come up with the most efficient interface for mobile use.