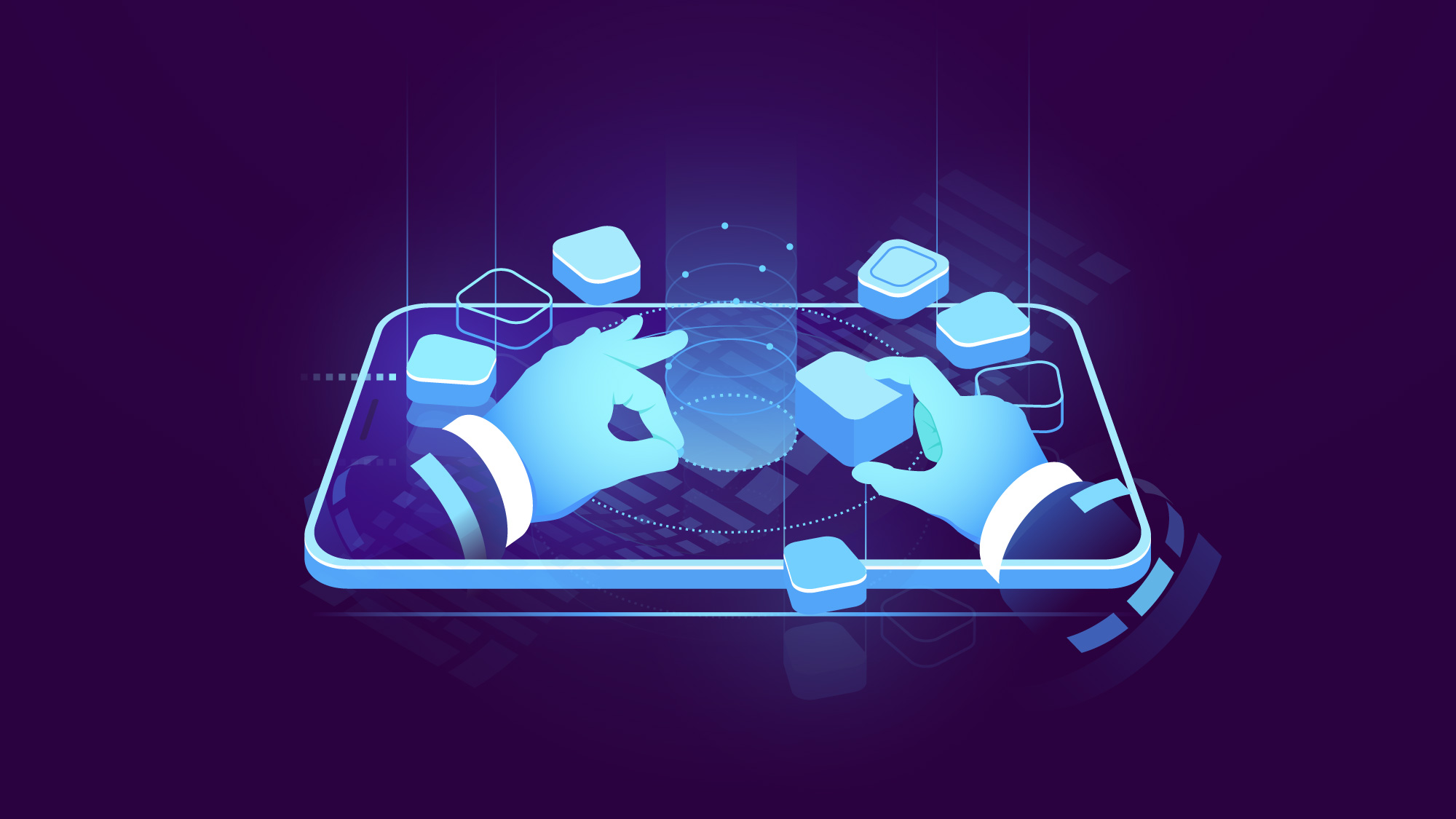 By Hassan HussainJune 22, 2021No Comments

The generation of the 21st century wants modern technological touch in their life. Everyone looks for the best experience without waiting for a long time or using much brainpower to get a result. The norm is the same while using any mobile application. Users want them to respond fast to their inputs and fetch results quickly. The game is all about attracting more and more customers today. And in the world of mobile app development, it becomes possible from UX (User Experience) and UI (User Interface) design.

Still, today, many people use the term UI and UX interchangeably, which is wrong. They both are different worlds but connected, which we are going to discuss in this article.

App stores of Google and Apple have millions of apps today. Every day, we see new releases on both of these platforms. Some find their place in most mobile devices, while some get abandoned in the digital space aimlessly. The mobile applications market is competitive, and one has to come up with their digital product adhering to great look and design.

Many brands look for an app development agency to bring their app graphically alive and interactive. It happens if the implemented UI and UX design schemes are efficient. Only then the result speaks. Any experienced app development company or developer can tell you how significant it is to put effort into creating engaging UI and UX. It has an immense contribution to an app’s success.

Are UX and UI the Same?

Many people think UX and UI are the same things, but they make a big mistake. Take a look at this article by Adobe.

User experience or UX is all about creating the user flow. Wireframes are an integral part of this which structure the app components. In UX designing, the building of an app skeleton takes place, which defines how things will flow. Critical approach and creative thinking are two things required to be a good UX designer. UX mainly revolves around enhancing user experience with the user-oriented app design, which is eventually a goal.

Conducting research and analyzing users’ requirements are also significant parts to consider in UX designing. Usability testing and cross-checking components are also critical as they let you make sure that the app is flowing according to the basic skeleton.

On the other hand, UI talks about improving mobile app interactivity and primarily focuses on visual aesthetics. Any UI designer must be creative in its approach. They are required to come up with a roadmap responsible for enhancing the user interaction with an app. UI designers create app’s every screen, button, and all other visual elements with their creativity and visualization skills. They also know the right set of tools that play a role in creating an engaging app UI as per the user’s requirement. Adobe Illustrator, Photoshop, XD, and sketch are some tools that designers commonly use.

Do Research Before Design

Researching before starting any project is always a good idea. You can write down the new concepts and ideas on paper or take note of them anywhere. UX designers have to understand the business requirement and build mock-ups accordingly. Mock-ups vividly show the app’s functionality along with its feel and visual looks. UX designer should take multiple factors into account while creating mock-ups and be mindful of the following aspects:

The layout of an App

In layout designing, designers play with the given space and put some details to make some sense. With all of their creative energy, they try to bring something visually appealing to the digital world. But in the game of creativity, one must understand that their design should not create confusion on a user ‘s side. Make everything in a way that is easily visible and accessible to everyone.

Make your app interactive as much as possible if you want to gain more success. Element of interaction makes app navigation easy along with an appealing appearance. Color, item placement, and icons are a few critical elements of an interactive mobile application. It is always preferred that you use colors in the app related to the brand. Too many of them will look more like a rainbow and be considered unprofessional. Follow minimalism as today’s generation is more fan of it.

A UI designer cannot use any color in an app based on their liking and preference. Colors are the brand reflection in the app, and it is vital to choose them following the brand’s theme. In the opinion of professional designers, using 4 to 5 colors at max is suggested.

Besides, designers can use Human interface guidelines in the case of iOS and material design colors in the territory of Android.

Creating wireframes is one of the major tasks of a UX designer. They make a user flow according to the requirements. Creating an interactive prototype is a practice that everyone recommends for successful mobile application design. With that, transparency and consistency are enabled on designers’ side, and helping designers maintain it among resources allocated to the app production and better creating user interaction.

Element of consistency is vital in the application, and it’s a UX designer’s responsibility to bring it. In all the app screens, they need to be consistent so that users do not get confused when they navigate from one screen to another.

With user assistance, the app becomes easy to navigate. This functionality comes in handy when a user faces any problem or error while using an app. Also, it can help to solve an issue if it arises. Including this feature is necessary because users will immediately uninstall it and look for a substitute if they get stuck while using an app.

Top 3 Benefits You Obtain from Great UI and UX Design

For impressing users, a mobile application takes merely a few seconds. An app with appealing graphics attracts and holds the user’s eye, eventually leading them to spend more time on an app. All of it happens because of great UI and UX design. If the design is engaging, more and more customers will find it attractive.

Making an investment in UI and UX design services result in high customer satisfaction. When your customer becomes happy, it reflects in the brand boost. People get inclined towards the company, which makes them happy, which is why you should consider investing in good designing agencies.

The need for app updates and maintenance will be less if the UI/UX design is excellent. Following tips from professionals and adhering to the best practices can save you a significant amount of money, time, and resources that you can utilize for other things.

Designing UI and UX design in the development process has significant importance and is not ignorable at any cost. Your application success wholly depends upon the user experience and user interface. Other things like features and performance are also essential but take place after the designing aspects. UI and UX are the user’s first interaction with an app that needs to be impactful.

Hopefully, this article will serve you effectively to meet your expectations, and you will become successful.