There are lots of jquery plugins available on web.

These plugins can simplify you’re your job to create a well established web page. We today going to show some best useful jQuery plugins for developers and designers.

Zoomooz is a jQuery plugin for making web page elements zoom. It can be used for making Prezi like slideshows and for zooming to images or other details. 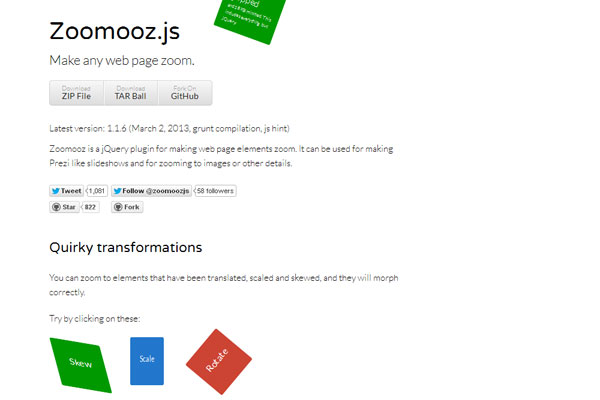 Instead of offering an HTML5 player to modern browsers and a totally separate Flash player to older browsers, MediaElement.js upgrades them with custom Flash and Silverlight plugins that mimic the HTML5 MediaElement API.

The main idea behind the Arctext plugin is to rotate letters with CSS3 transforms in order to place them along a curved path. The curve is always a segment of a circle (hence arc) for which the radius can be specified. The space and rotation for each letter will be calculated using that radius and the width of the text.

All elements and backgrounds will return to their original position when they meet the edge of the screen—plus or minus your own optional offset. 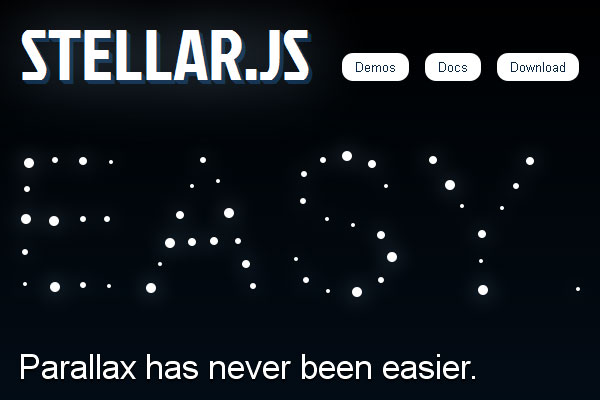 animateText.js is a jQuery plugin that makes it easy to create text animations like the one seen above. It comes with a few basic animations by default. If they’re not good enough for you, customize them or make your own. 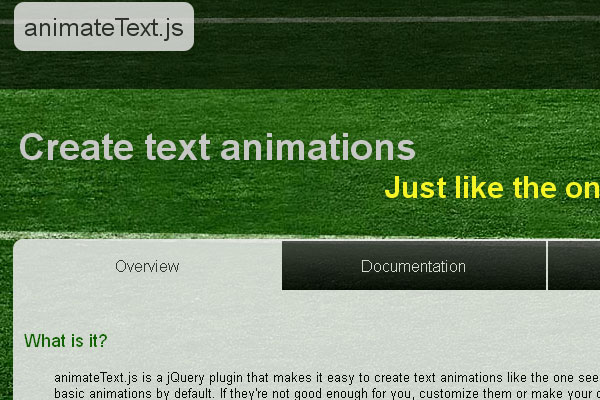 FlexSlider is an awesome, fully responsive jQuery slider plugin. It wasn’t released in 2012, but this year WooThemes purchased it and released the 2.0 version – making many improvements and taking it to another level.

iPicture is a jQuery Plugin to create interactive pictures with extra descriptions.

Flip is a jQuery plugin that will flip easily your elements in four directions.

A javascript library for multi-touch gestures.

HorizontalNav is a jQuery plugin that spans a horizontal navigation to fit the full width of its container. If you’ve ever had to create this effect on a project, you’ll know it’s pretty annoying to do.